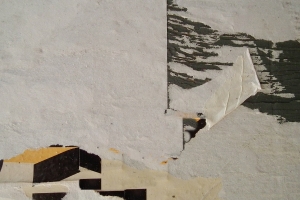 Again, it is spring. At last I have
found a little happiness. The Northern
climate offers up its reward to me
– an anti-coagulant, heaven knows,
Yi Sha, what its white flowers will do.

Longbarrow Press marks the new season with a round-up of recent and forthcoming publications, events and recordings.

The new Longbarrow Blog launched in February, featuring poems, articles, reviews and other writings by editor and publisher Brian Lewis, Longbarrow Press poets, and other Longbarrow Press contributors and collaborators. Current posts include a review of John Ashbery’s translation of Rimbaud’s Illuminations by Matthew Clegg, and Alistair Noon‘s memoir of the East German border police.

This year’s States of Independence one-day press fair takes place at De Montfort University in Leicester on Saturday 17 March (10.30am-4.30pm, admission free), with more than 70 writers presenting readings and workshops throughout the day. Longbarrow poets Mark Goodwin and Chris Jones will be reading selections from the forthcoming anthology The Footing at 11am; you are also welcome to visit the Longbarrow Press stall (with a full range of pamphlets and CDs). Click here to view the full programme of readings, workshops, displays and talks.

April’s new titles include Andrew Hirst’s Hello Dolly (three long poems bound as individual A6 pamphlets and pouched in an envelope) and Peter Riley’s XIV PIECES (fourteen pieces set as a 20pp pamphlet in landscape format). Further details will be posted here in the coming weeks. Our recent pamphlets include Matthew Clegg’s Lost Between Stations, Kelvin Corcoran’s Words Through a Hole Where Once There Was a Chimpanzee’s Face and Alistair Noon’s Across the Water and Swamp Area: all are  available to purchase through this site (via PayPal). Order during March and we’ll send you a  free, unique Longbarrow CD sampler.

The title of this post is borrowed from Andrew Hirst’s ongoing photo-series, Sketches for Spring (as is the accompanying photograph). Click here to view the sequence (filed under ‘The Seasons’) and other recent works (including the excellent Test Patterns series).

Elsewhere on the web, poet Rob Hindle and visual artist Paul Evans are posting interesting work on their respective sites. Rob Hindle’s blog has a number of thoughtful pieces on poetic practice (with a lively ‘Comments’ thread) and regular ‘Guest Poets’, while Paul Evans has been documenting and reflecting on the issues raised by his ‘Away from the Pod’ installation on Origin011 (‘Away from the Pod’ is part of Under the Sea, an ocean-themed exhibition running at Sheffield’s Millennium Galleries until 10 June 2012). ‘Tissues and Organs’, a new collaboration between Evans, Karl (Andrew) Hirst and Chris Jones, is previewed here. A conversation with Evans about the first and second phases of the Seven Wonders project was recently uploaded to SoundCloud; listen to it here.

Yi Sha visits me in the mornings
– I say to him yes, yes, I understand.
But I don’t, all I see are arabesques,
a stranger in the form of a small bird
deliquescing in the sharp, sudden rain.