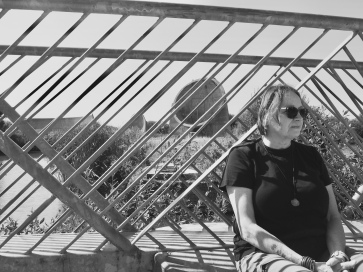 The marshes, shingle, and dense woodlands of southern Kent are the settings of Wealden, a new collaborative work by Nancy Gaffield and The Drift. The poems and music were composed in tandem, mapping this extraordinary landscape, from the marshland of the High Weald down to the coast at Dungeness. Wealden deals with the strata – geological, cultural and historical – that have been laid down over the course of one brief millennium, and considers the imminence of the sea reclaiming it all. Longbarrow Press is delighted to announce the publication of Wealden – as a pamphlet and a CD – on 10 November: click here for further details and to order. You can visit the website of The Drift (comprising musicians Darren Pilcher, Rob Pursey and Amelia Fletcher) here, stream and/or pre-order digital downloads here, and read a sample poem from Wealden here.

‘His poetry aspires to the simple, pure alertness of the bird. For Hughes, language itself is a kind of animal. The poem is a sort of creature.’  Matthew Clegg revisits a problematic ‘bulletin from the 70s’ in ‘Second Glance at ‘Deaf School’’, in which his close reading of a ‘flawed’ poem by Ted Hughes is magnified by the distance of several decades. You can read the essay here.  ‘There is a wide empty stretch between the garage and the casino and I let my thoughts slow to almost nothing. The images, too, are slower, smaller, fewer, I sort through them as they come, I set all of them aside but one.’  The first of two new posts by Brian Lewis is a fragmentary memoir, of gathering in and letting go, at the end of a short, unsettled season. Click here to read ‘The Haul’.  ‘This is how I think with the city, this is the Sheffield that I piece together from wrong turns and blind bends, from Wadsley to Woodseats, Walkley to Wincobank. Always, it is slow, always, it is slower than I think.’  ‘Local Distribution’ documents an ill-considered attempt to rescue a library from a closed arts centre, and also considers ‘the spaces of the city’, their cycles of use and disuse, the work made possible in and through them, and their role in the dissemination of books. Click here to read it on the Longbarrow Blog.

Sheaf Poetry Festival returns in digital form in late November, and features two appearances from J.R. Carpenter, both of which will draw on her recent Longbarrow collection This is a Picture of Wind. On Friday 20 November, she leads Writing the Wind, a process-oriented workshop in which participants will be invited to explore approaches to writing about climate change and the ‘invisible force’ of the wind. On Saturday 21 November, she appears as part of Playful Hybrid Forms, an event with poet Abi Palmer, who, like Carpenter, works across genre and with interactive media. Click here for details of the festival programme and to book tickets. We’ve also gathered J.R. Carpenter’s short films for This is a Picture of Wind (created in North Yorkshire during summer 2020) on a single page of this site; you can view them here.

Finally, we’re proud to announce the publication of The European Eel, a new book-length poem by Steve Ely, due from Longbarrow Press later this year. Further details will appear on this site in the near future.