Longbarrow Press reviews its ninth year of activity with a summary of the events, projects and publications that made 2015: 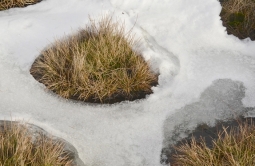 #1  January.  New posts by Brian Lewis, Angelina D’Roza and Karl Hurst on the Longbarrow Blog. Brian Lewis’s reflections on the bronze statues haunting Andrew Hirst’s sequence ‘Three Night Walks’ appear here; Angelina D’Roza’s ‘Hotel California’, on displacement, DH Lawrence, Kraftwerk and The Eagles, can be found here; and the first of photographer Karl Hurst’s meditations on the ‘liminal spaces’ and temporary shelters of the Peak District is here.
#2  March.  Matthew Clegg previews his second full-length collection, The Navigators, with an essay on the ‘vernacular sensibility’ of the South Yorkshire waterways, and a walk-through of his collaboration with songwriter Ray Hearne, tracking several miles of the navigation between Mexborough and Conisbrough; a film of their rehearsal can be viewed below.

#3  May.  Matthew Clegg‘s The Navigators is published by Longbarrow Press, coinciding with Clegg’s collaborative walking performance along the South Yorkshire Navigation (north-east from Mexborough) with songwriter Ray Hearne.

#4  May.  Rob Hindle and Ray Hearne
stage a rare performance of Hindle’s acclaimed sequence The Purging of Spence Broughton at Boston Castle, Rotherham (commissioned by the South Yorkshire Poetry Festival).

#5  May.  A series of exhibitions at Sheffield’s Bank Street Arts focuses on collaborations between artists and poets, including Fairytale no. 9, a new work by Angelina D’Roza and Beverley Green, and The Frome Primer, a reworking of the 2006 sequence by Andrew Hirst and Brian Lewis that led to the founding of Longbarrow Press. Lewis’s reflections on the ‘fragments and clusters’ of The Frome Primer are the basis of a short essay; click here to read ‘One-sided Walls’.
#6  June.  Sheffield launches for The Navigators and Chris Jones‘s second collection Skin at The Shakespeare, each offering a different approach to presentation. The Navigators is arranged as a trio sonata (with the voices of Matthew Clegg, Ray Hearne and Fay Musselwhite augmented by guitarist Simon Heywood‘s musical leitmotifs), while Skin references its dialogues with visual artists through the use of projected photographs and watercolours.
#7  June.  Fay Musselwhite’s midsummer walk from Rivelin Glen to the edge of the Peak District brings the industrial, cultural and ecological legacies of the River Rivelin into sharp focus. Her research for Contra Flow develops into ‘There is No Wealth but Life’, a wide-ranging discussion of John Clare, Philip Levine, and other poets and artists. Her poem ‘Little Matlock’, which reimagines the Sheffield Flood of 1864, features in the walk. This recording was made at the river’s edge, in a part of the valley formerly occupied by factories and domestic buildings:

#10  October / November.  To mark the close of ‘Between Water and Stone: The Wonders of The Peak’, Paul Evans’ exhibition at Sheffield’s Cupola Gallery, James Caruth, Angelina D’Roza and Mark Goodwin introduce and read poems that respond to the Peak District landscapes of the Seven Wonders. On 4 November, The Poetry Library (at London’s Southbank Centre) hosts Tracks and Traces, a collaborative reading by Matthew Clegg, Angelina D’Roza, Chris Jones and Fay Musselwhite, introduced and soundtracked by Brian Lewis. A few days later, Longbarrow Press returns to London for the two-day Small Publishers Fair at the Conway Hall, our last engagement of 2015.

Our sincere thanks to everyone who has supported the press over the last 12 months; we return in 2016 with a new series of projects, publications and events, including debut hardback collections by Angelina D’Roza and Fay Musselwhite. Further details will be posted in the new year.